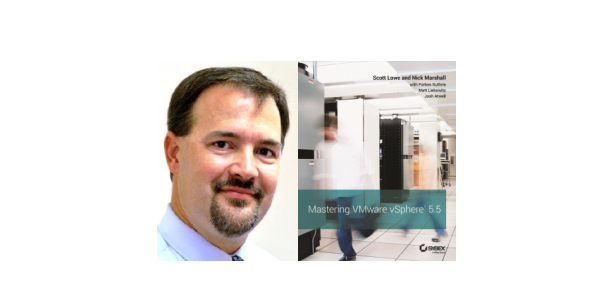 With this ping pong of questions and answers, we continue improving our blog: the interviews. There are 10 questions that will leave us valuable information such as who is the interviewee, his experiences and his point of view about the present, past and future of technology.

Interviewees are mainly writers, bloggers and people related to the technologies discussed in this Blog.

Today, we have the pleasure to know more of Scott Lowe. Scott is main writer of probable the best VMware vSphere book: Mastering VMware vSphere.

My name is Scott Lowe. I'm an author of numerous vSphere books, a blogger, and a geek who loves technology and sharing information with others. I work at VMware in the Network and Security Business Unit, focused on network virtualization.

2. When did you see your first Virtual Machine?

I don't think I can tell you the exact day and time; sorry! I started experimenting with virtualization using VMware Workstation in the early 2000s. In late 2001 I started my own consulting company, and shortly afterward (probably around 2003) I started using VMware GSX Server to host all the infrastructure for my company in VMs. I was running a variety of operating systems---OpenBSD, Linux, and Windows Server---under VMware GSX Server on Windows Server for a number of years.

3-Can you tell to us the virtualization technology you found most amazing?

At first, it was just the very nature of virtualization itself; I was amazed at the ability to run multiple operating systems on a single physical system. When vMotion was introduced, I remember my disbelief that you could move a running VM from one system to another. I migrated a bunch of different workloads---Windows, Linux, Solaris---just to see if I could break it. I couldn't, obviously.

4. If you had to recommend study a specific virtualization subject, what would be?

I always recommend studying multiple disciplines. I don't think you can be an effective IT professional these days without some measure of cross-discipline knowledge and experience. If you're primarily into storage, learn more about operating systems (I recommend Linux). If you're primarily a hypervisor/server type of person, learn networking. This cross-discipline view is, in my opinion, quite powerful and useful.

That being said, I personally believe that networking and storage would be two good options for someone who isn't already familiar with them.

I think that new forms of network virtualization and storage virtualization are going to emerge in the next few years that will really transform the data center. VMware has already started the transformation of networking with network virtualization through VMware NSX. Now, I'll be the first to admit that I'm a bit biased---I work in the group that's responsible for NSX at VMware---but I do think that NSX has the power to really change how networking happens in the data center. Similarly, there is a lot of innovation occurring in the storage space right now, and not just from VMware but from lots of companies.

6-What is your point of view about virtualization technologies for the next three years?

Clearly I'm a big fan of network virtualization with VMware NSX, and I think we'll see some very exciting stuff on that front. There are lots of forces at work in the networking market right now, so it will be fun to see how everything evolves. Compute virtualization is going to continue to develop, but I think we'll see more emphasis placed on "new" (I'm using this term loosely) forms of compute virtualization, like containers. As an industry, we need to continue to innovate and not get locked in to thinking there's only way way to solve some of the problems of today's data centers. Finally, as I mentioned earlier, there's a great deal of innovation happening in the storage space; new technologies like distributed block storage systems, scale-out storage, low-cost/high-capacity flash storage, and more powerful processing capabilities---to run things like inline deduplication, compression, etc.---have the ability to profoundly affect storage.

7. What new company got your attention in the last two years?

Nicira, now part of VMware. I was tracking Nicira and what they were doing before the VMware acquisition, and the stuff they were---and still are---doing was just great. At VMworld US in San Francisco this year, I also spoke with a startup called Jeda Networks; they're doing some interesting stuff that blends software-defined networking and storage in a useful way.

8. Could you recommend three blogs you usually read?

On the networking side of the house, you absolutely have to start reading Ivan Pepelnjak's blog at ipspace.net. It gets very deeply technical at times, but Ivan does a great job of explaining concepts and breaking things down in realistic ways. I learn something almost every time I read one of his posts. On the compute side, I've been spending a lot of time with OpenStack, and Cody Bunch has been producing some great material at prov12n.com. I also enjoy reading Lifehacker, which helps me find new ways to be more efficient and get things done.

9-If you didn´t work in IT today, what do you think you would work in?

Honestly, I can't imagine not working in IT. I've been in the IT industry my entire working career, and it's both my passion as well as my profession. I guess if I were banned from working in IT I'd work as a instructor or teacher, as I really enjoy helping others learn new things.

10. What can you tell us about your next book?

At VMworld US in San Francisco, I announced that I would have an updated version of Mastering VMware vSphere for the vSphere 5.5 release. With this release, I'm handing the series over to a new author, Nick Marshall, a fellow VMware employee out of Sydney (and a key member of the VMware community in his own right). He did a fabulous job with the new edition and I'm very excited for its release. It should be available in the US in early November, with other countries following shortly thereafter.


Thank you so much Scott!!!
Etiquetado como


As a freelance Consultant and Official VMware Instructor, he has more than 15 years of experience in IT systems.
He specialises in VMware Infrastructures, Hyperconvergence
and Storage Systems. He holds certifications in ITIL, MCP, MCSA, MCSE, EMCISA, VCP5-DCA, VCP6-DCA, VCP6-CMA, VCP6-NV, VCP-Cloud, VCAP5-DCA, VCAP5-DCA , VCI L2 and a triple VMware vExpert.
He has worked a wide range of projects around the world including in Europe, the Middle-East and North and South America.
You can request his services via this Form, Linkedin or his Twitter account.


Find out more about Federico here. 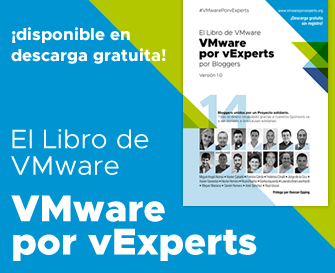